Find out how science is stepping out of the lab and into the spotlight with the help of gold gimp suits, some penis facts and a Mancunian man

“The Higgs Boson was in a sumo suit, the quarks were in boiler suits and the electrons were in gold gimp suits,” laughs Jen Wong, Creative Director of Guerilla Science. Mixing science with music, art and play, the London collective hosted a Particle Zoo Safari at last year’s Secret Garden Party. It’s just one of many weird and wonderful events transforming how in-the-know twenty and thirty-somethings see science. Because let’s face it – even if you don’t know what the Higgs Boson is, you probably wish you’d witnessed the gold gimp suits.

Such is the beauty of the new wave of science pop culture events sweeping across the country. Swapping labs for London hotspots and classrooms for creative studios, pioneering communicators are luring unsuspecting adults into a world of studying beyond the compulsory curriculum. How? By reintroducing science through our preferred cultural avenues: experiential events, stand-up comedy and printed publications. Think stargazing at Shoreditch House, chemists rapping in packed out pubs and stunning magazines exploring psychedelic experiences. This year, science is set to achieve cult status. 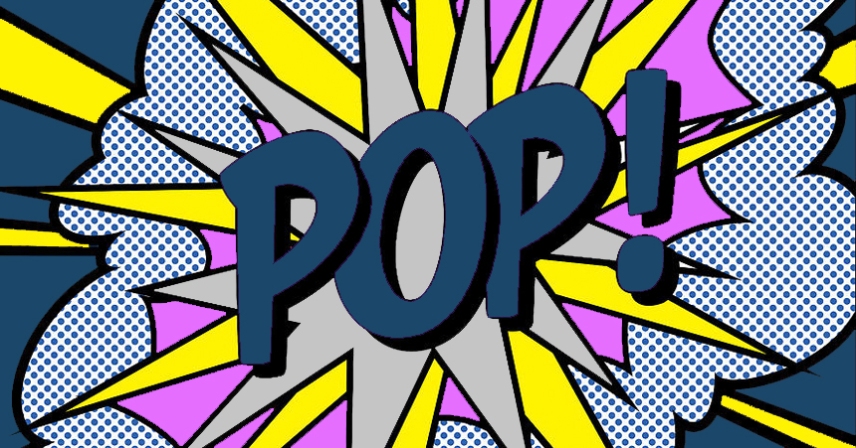 “It’s funny isn’t it? People think ‘I’m not a scientist’ and that they don’t know anything about it, but actually you do. It’s quite literally everywhere,” enthuses Wong.

Indeed, who doesn’t like the sound of building a giant catapult and hurling paint across a demolished site in East London? Or want to know how love works? Or wonder about life on Mars? “It’s funny isn’t it? People think ‘I’m not a scientist’ and that they don’t know anything about it, but actually you do. It’s quite literally everywhere,” enthuses Wong. As such, Guerilla Science has used catapults, love and Mars to cover engineering, physiology and astrophysics. “Science is part of the everyday environment,” continues Wong. “You just don’t see it as science.”

That will soon change. According to top trend agencies, from fashion forecasters WGSN to lifestyle experts LS:N Global, science is the next big thing. “Expect the world to be transformed in ways we are only starting to imagine,” say WGSN’s creative team in the introduction to their WonderLab report. Going one step further, LS:N Global argue that we’re entering a new age of Re-Enlightenment Rising: science, commerce and culture are colliding with an intensity not seen in hundreds of years. “In this era of questioning and questions, science is now the ultimate fuel,” declares James Wallman, Editor at LS:N Global. “It is becoming the vital source of inspiration for today’s creators to make a more compelling tomorrow.” In a nutshell, astronauts are the new rockstars and science is the new religion. Welcome to a brave new world.

Astronauts are the new rockstars

In this uncharted landscape, journalist Chris Hatherill makes for a great guide. We meet in the colourful Hackney studio he shares with a host of other creative folk and a telescope. As Patti Smith plays in the background, Hatherill tells me about trading style magazines for science. “Working on publications like Vice and Sleazenation, I really enjoyed the worlds of fashion and music, but I found science was a way to relax. I’d be going to Royal Astronomical Society lectures where I was the only person under thirty in a room full of retired couples. Then that same day I’d go to some fashion party where I’d talk to young people who were also into science. Super/collider was a way to bring those two worlds together,” he explains, referring to the independent agency he set up in 2006.

“We’ve always tried to push the message that you can work in fashion and go home and read about science,” says Hatherill.

Born out of S3, a one-off print magazine, super/collider quickly became a much broader way to showcase everything from astronomy to zoology through a creative filter. “We’ve always tried to push the message that you can work in fashion and go home and read about science,” says Hatherill. Who better to promote the subject than a design-savvy journalist fresh from some of London’s best-loved style mags? 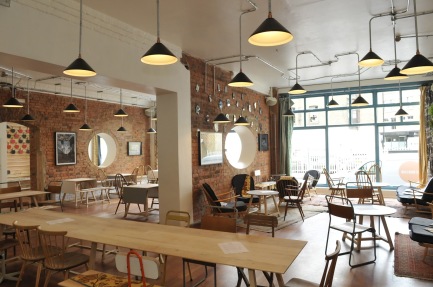 Tackling his self-appointed task in a variety of ways, Hatherill has hosted laidback science nights at The Book Club and arranged Summer Solstice parties at Stonehenge. What’s more, the weekly-updated super/collider site pairs accessible news with appetising visuals. “It feels like there’s a changing of the guard now,” remarks Hatherill. “As people like David Attenborough move on, new people are coming up and making science interesting for a younger generation.”

Of course – if the newspapers are to be believed – it’s all down to the Cox factor. A popstar-turned-particle-physicist, Brian Cox is equally well-known for his number one hit with D:Ream and his popular BBC series. Since 2010, the Mancunian has been inspiring the nation’s passion for the Wonders of the Solar System, the Universe and – from late January – Life. “Brian Cox has broadened science’s appeal but in a way it’s slightly superficial,” comments esteemed science journalist Sue Nelson, who has covered the subject for over twenty years. “He’s male eye candy and you cannot deny that. But the good thing is that he’s good at what he does, he knows what he’s talking about and his enthusiasm makes it exciting for others.” Despite that, not everyone’s a fan. 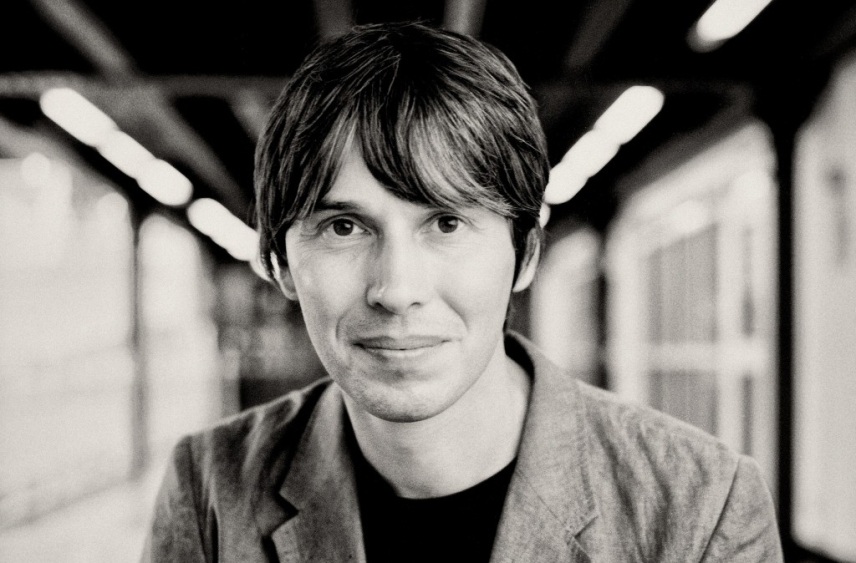 Last month’s line up included talks on the magic of movement, the science of sex and – like a more academic version of Cock Trumps – the study of penile anatomy. But what does all this have to do with Brian Cox?

“The so-called Brian Cox effect drives me mad,” says Steve Cross, the Head of Public Engagement at University College London. We originally arranged to meet to discuss Science Showoff, a popular open-mic night with a twist, launched by Cross in October 2011. For one night each month, the Wilmington Arms in Clerkenwell is taken over by science enthusiasts who want to stand up, show off and share their knowledge. Last month’s line up included talks on the magic of movement, the science of sex and – like a more academic version of Cock Trumps – the study of penile anatomy. But what does all this have to do with Brian Cox? Very little, as Cross explains whilst giving me a crash course on the real and varied reasons behind our growing interest in everything from cosmology to chemistry.

“There have been a number of occasions where this country has looked at itself and gone, ‘We have a major problem with the way that people engage with science,’” reveals Cross. “There was a report in the eighties that essentially said, ‘Nobody understands science other than professional scientists.’” So over the last three decades, millions of pounds have been poured into making us care about the subject. The ways in which this has been achieved are many and complex – hence Cross’ frustration about the whole Brian Cox affair. “Lots of people look for a very simplistic story, but those of us who have been living this trend have seen the real changes behind the scenes,” says Cross.

In truth, Britain has been tuning into the voice of mainstream science and turning up the volume for many years now. Past exhibitions and popular programmes (from Coast to Child of Our Time) have paved the way for the latest influx of pop science activities. Expect an ever-increasing number of collectives, publishers and brands merging facts with fashionable formats.

Take Monolith magazine for example. A newcomer to the scene, the bi-annual publication champions the overlooked and unexplained. In the spirit of its printed pages, Tunnel Vision, Monolith’s monthly movie session, offers a hit of pop culture through a veil of scientific exploration. January’s screening of the cult classic Fear and Loathing in Las Vegas was preceded by a talk on the art and science of psychedelic perception.

Fear and Loathing in Las Vegas

Expanding on notions of perception, art and science, two of the capital’s cultural heavyweights are set to delve into the grey matter that unites us all. This spring arts centre The Barbican and medical charity The Wellcome Trust will host Wonder – Art and Science on the Brain, a diverse series of events to ‘light up the mind’. Look forward to talks on how city life can harm sleep, the ethics of erasing memories and if genes cause gambling. As Cross notes, “Science used to be seen as a thing that happened away from the general public, but now they are being encouraged to get involved with it.”

Indeed, news headlines – on our TV screens and in our Twitter feeds – regularly demand that we know at least a little about science. How else can we understand the severity of the Lance Armstrong doping scandal or the risks of eating horsemeat? Fortunately for us, we are living in a truly unique era: never before has science simultaneously been as advanced, accessible and appealing. In the wise words of Chris Hatherill, “If you’re not interested, that’s absolutely fine. But there’s quite a party going on and people should check it out.”